Not enough seats available for the selected amount of passengers.

Required for receiving confirmation and ticket 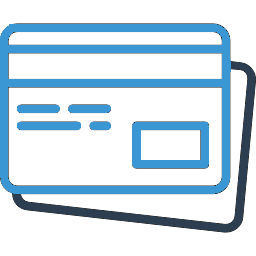 Total:
Including all fees and taxes
{{detail.label}}

Total:
Including all fees and taxes

Distribusion Technologies GmbH provides a global distribution system for bus tickets through its Operator White Label solution. We strictly comply with the legal provisions of the General Data Protection Regulation and the Telemedia Act of the European Union when collecting, processing and using your data.

By agreeing to the following data privacy policy, you consent to the collection, processing and use of your data by Distribusion Technologies GmbH in accordance with data protection laws and the provisions set out in the following. You can revoke your consent at any time with effect for the future.

Collection, Processing and Use of Personal Data

Personal data are all information relating to a specific or identifiable person. This includes, passenger names, your telephone number (optional) and email address.

You can generally use the website without providing personal data.

In order to process ticket orders and deliver transportation services we collect, store and process your first and last name, your mobile number (optional) and E-Mail address. The following additional data may be required for necessary payment processing: to pay for a booked trip by credit card, requires your full name, your email address and your credit card data. Distribusion Technologies GmbH will not store your credit card number; it is transmitted directly to the payment processing service.

The data required for contract processing and the provision of transportation services are only forwarded to the coach companies delivering these services and to other third parties (e.g. service providers for IT, transportation, customer service and payment processing) to the extent necessary for registering and processing ticket sales.

Payments are processed by our partner Stripe, Inc. 185 Berry Street, San Francisco, USA. In order to prevent and detect cases of fraud we transfer your IP address to our partner Stripe Inc., Stripe, Inc. stores your IP address. Any and all data are transmitted in encrypted form. You can revoke your consent to this at any time with effect for the future by contacting us as set out in our legal notice.

We employ technical and organisational measures to protect the privacy of users of our website and the connected systems. To ensure the secure transmission of personal data, we use the SSL 1.0.2 encryption protocol (the underlying encryption scheme used for the Public Key Infrastructure is RSA-2048). This method is successfully used throughout the World Wide Web. All personal data (name, address, payment information, etc.) are encrypted and thus transmitted safely on the Internet. A symbol (closed padlock) in the bottom bar of your browser window indicates that you are in a secure area.

Distribusion uses cookies on its website. Cookies are small files that are stored on your drive and store certain settings and data for exchange with our system through your browser. Some of the cookies we use are deleted after the end of the browser session, i.e. after you close your browser (so-called session cookies). Other cookies remain on your device and allow us or our partners to recognise your browser the next time you visit the website (persistent cookies). Storing this information helps us to customise our website for you and makes it easier to use by, for example, saving certain data entries from you so that you do not have to constantly repeat them. Your browser offers settings to restrict the use or deletion of cookies; the help function on most browsers will tell you how to make these settings. Not accepting cookies may affect the service functionalities of our website.

Right to Information and Right of Appeal

Under the Federal Privacy Act, you have the right to request information about your stored data free of charge, and the right to demand the rectification, deletion or blocking of these data. For more information or to revoke your consent to data storage as outlined above, please contact: Distribusion Technologies GmbH, Schwedenstr. 9, 13350 Berlin or dataprotection@distribusion.com

This website uses Google Analytics, a web analytics service provided by Google Inc.("Google"). Google Analytics uses so-called "cookies", text files that are stored on your computer, to help analyse how you use the site. Additionally this website uses Google AMP Client ID API to link the Google Analytics user activities on AMP pages with those on non-AMP pages. The Google tracking codes on this website use the “_anonymizeIp()” function. This means that IP addresses are processed only in a shortened form and in member states of the European Union or other signatories to the Agreement on the European Economic Area to prevent direct correlation with an individual person. Only in exceptional cases is the complete IP address transmitted to a Google server in the USA and shortened there. On behalf of the operator of this website, Google will use this information to evaluate your use of the website, to compile reports on website activity and to provide other services related to website and Internet use to the website owner. The IP address transmitted by your browser as part of Google Analytics is not merged with other Google data. You can prevent your browser from storing these cookies by making the appropriate settings in your browser software; we would however like to point out that you may not be able to use all the features of this website if you do so. You can also prevent capture of the data on your use of this website (including your IP address) generated by the cookie and the processing of these data by Google by downloading and installing the browser plugin available at this link: http://tools.google.com/dlpage/gaoptout?hl=de

To improve the user experience on our web pages we use software by Hotjar (http://www.hotjar.com, 3 Lyons Range, 20 Bisazza Street, Sliema SLM 1640, Malta, Europe). The software allows us to measure and analyse user behaviour (mouse movements, clicks, keyboard input, scroll depth, etc.) on our web pages. To do so, cookies are set on the user’s end device and user data, such as browser information, operating system, dwell time, etc., can be stored. More information on data processing by Hotjar is available at https://www.hotjar.com/privacy. You can opt out of Hotjar’s service at https://www.hotjar.com/opt-out.